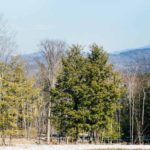 The notification from the town zoning board was probably really the last straw. 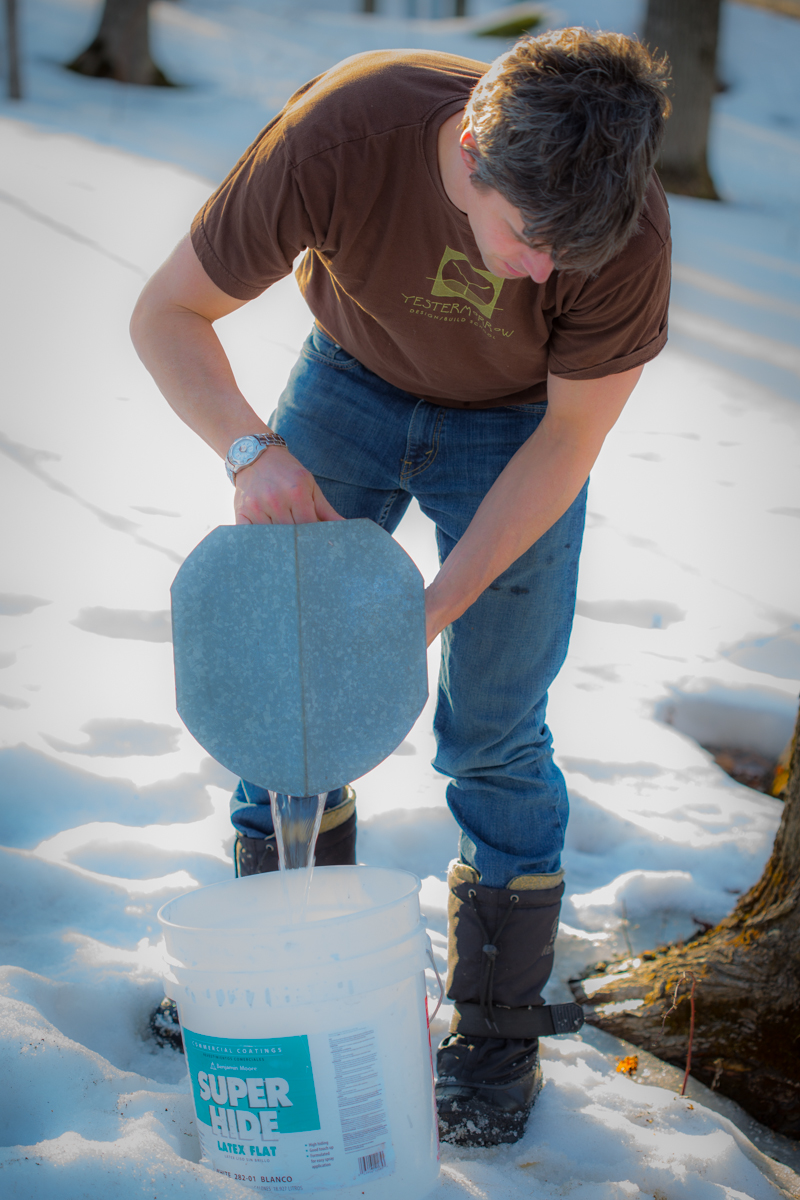 Well when I say notification, I should probably say “notification”, because it was actually a farce from the neighbors who were teasing us about our ghetto-sugaring-in-the-driveway-with-sheets-of-plywood-to-protect-from-the-wind sugaring operation. I mean “operation.”

This is how it all came about: We have been sugaring for years on our property. Nothing more than just 30 buckets and boiling the sap out in our driveway. We started with a wood burning stove set on blocks with a hotel pan on top. And eventually graduated to a Leader half-pint evaporator. But really all along Jase had maple manifest destiny.

After a particularly windy spring last year, and the aforementioned crappy ass plywood sheets to block said wind, my dear husband, sugarmaker in chief, decided that it was finally time to build a sugar house. Are you already getting the feeling like this story is kind of like a snowball rolling down a hill, picking up more and more snow as it goes? It get’s worse. 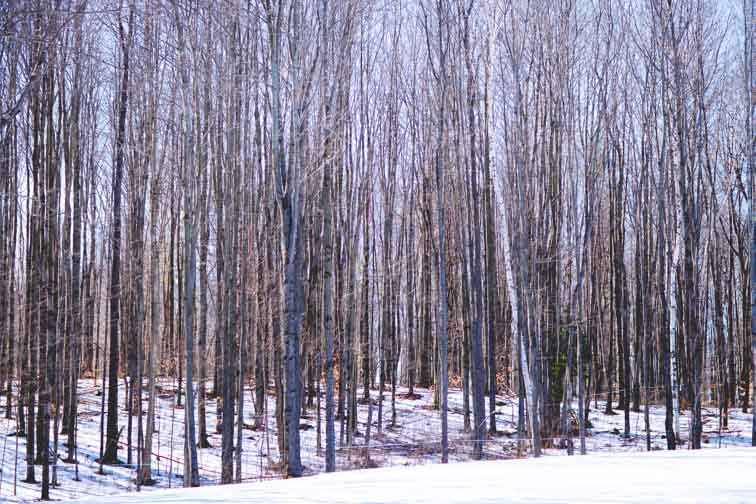 So, finally we’ve moved from boiling the maple sap in our driveway, to working in a fully functional sugar house. Jason, has taken the project of building the sugar house and turned it up to eleven. Guy is nuts. Seriously folks, not only is the foundation more solid than some homes, but it’s clad in stone. 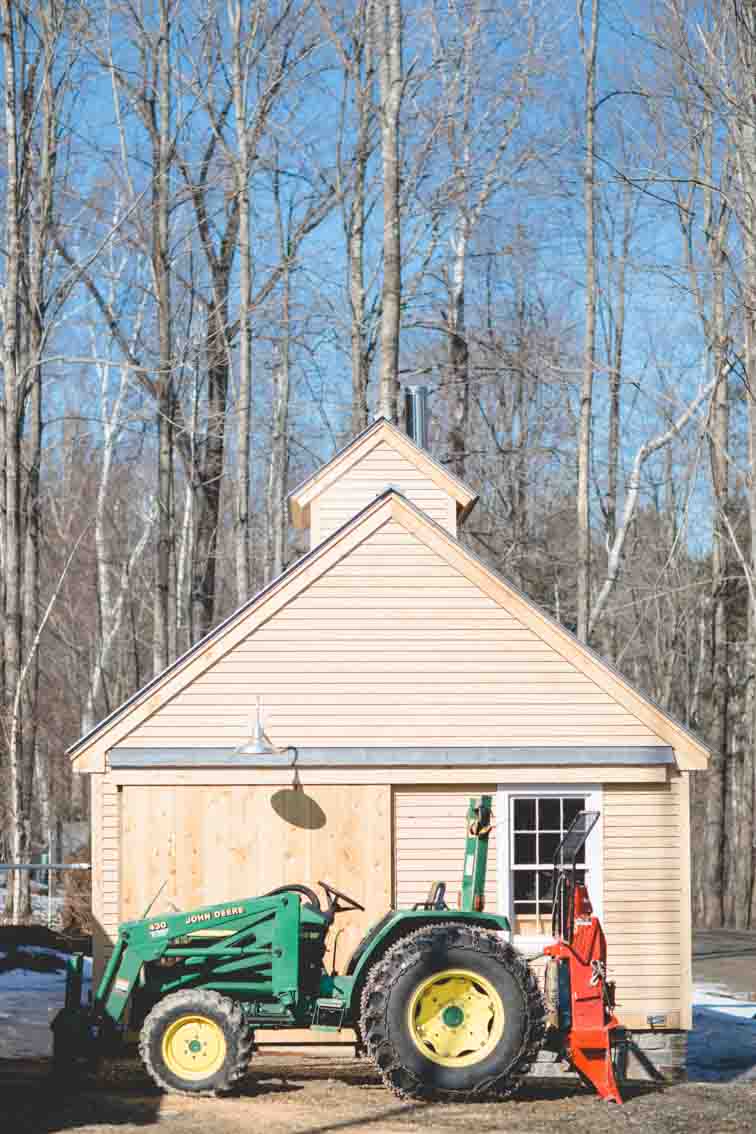 But I’m going to skip ahead. Past the building of the sugar house. Past the part where Jason told me he wanted it to look like a “Jewel Box Sugar House.” Way past that.

So with a sugar house like that, obviously we need a bigger evaporator.

And with a bigger evaporator, we obviously need to tap more trees… Are you with me? The snowball… it’s getting bigger and bigger by the second.

So anywhoo, last fall and winter, Jase ran pipeline to 100 trees. This particular type of tubing plus the grade of our little hill creates a natural vacuum. 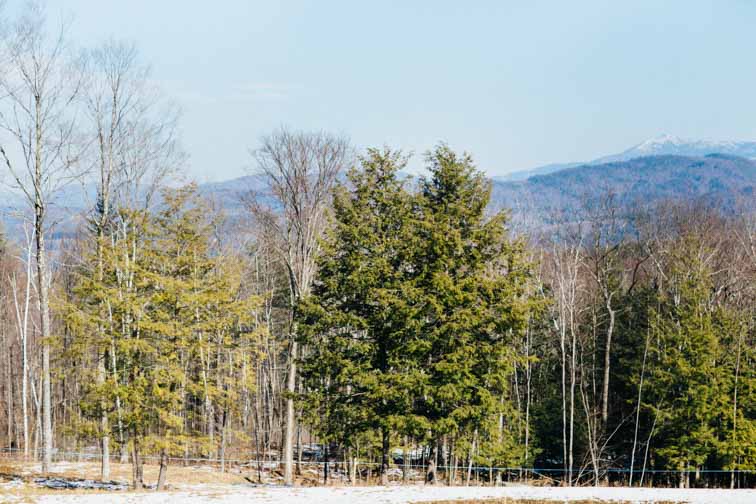 Bottom line: More trees plus this tubing system means waaay more sap than ever before. So now that we’ve gone up to 100 trees we have way more maple syrup than we can eat ourselves. So we decided it is waaay to good to let go to waste… naturally we’ll have to sell it.

First, we had to design a logo. This part was actually really fun and we got to work with an incredibly talented Vermont graphic designer Steve Wetherby. With only a few cues from us, he brought us back too many amazing ideas to choose. It was hard to decide! 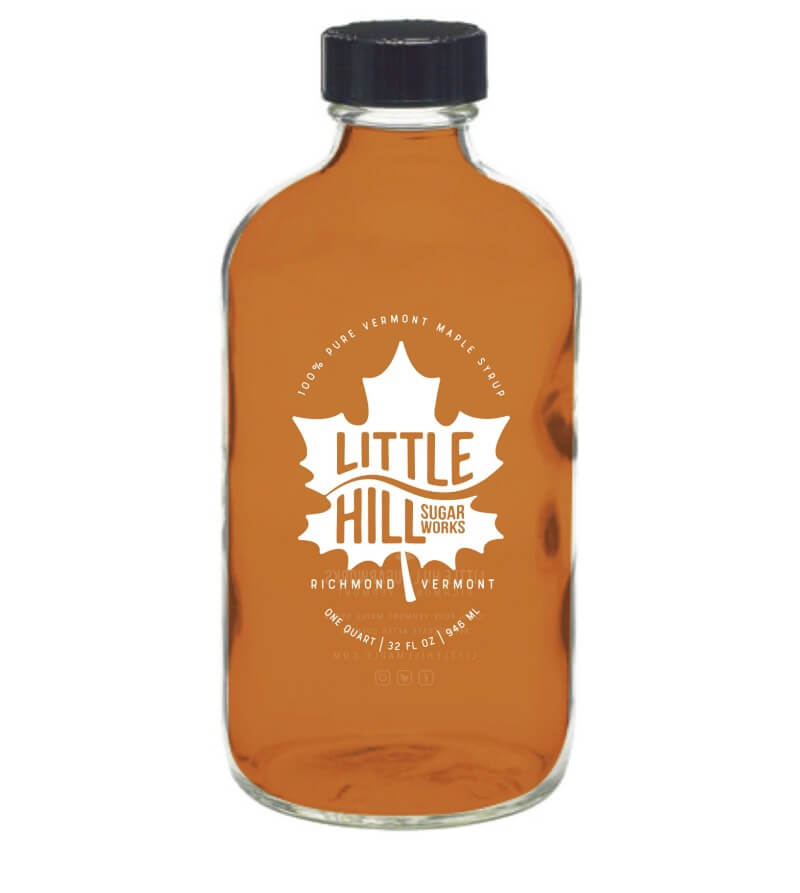 Then we ordered bottles from these super helpful and professional folks here in Vermont. That wasn’t hard since we knew we really liked the Boston Rounds that we used last year, seen in the above photo.

When our new bottles arrived, with the logo, and we were able to fill them with this year’s batch of maple syrup, guys… it was an amazing feeling. I admit, I don’t have maple manifest destiny the way Jase does, but I was positively tittering with excitement about it.

Of course, then we needed to think shipping, so we ordered boxes that fit our bottles perfectly. They are really sturdy so that the bottles can’t be damaged. They’re actually called the “indestructobox.” But they’re expensive (more than a dollar a piece!)v

Then there is the bubble wrap. Apparently, because the maple syrup plus the glass bottle is so heavy, other packing materials do not protect the bottle as effectively, and the bottles break. Yikes! Aside: currently I am hunting down a local up-cycle source. 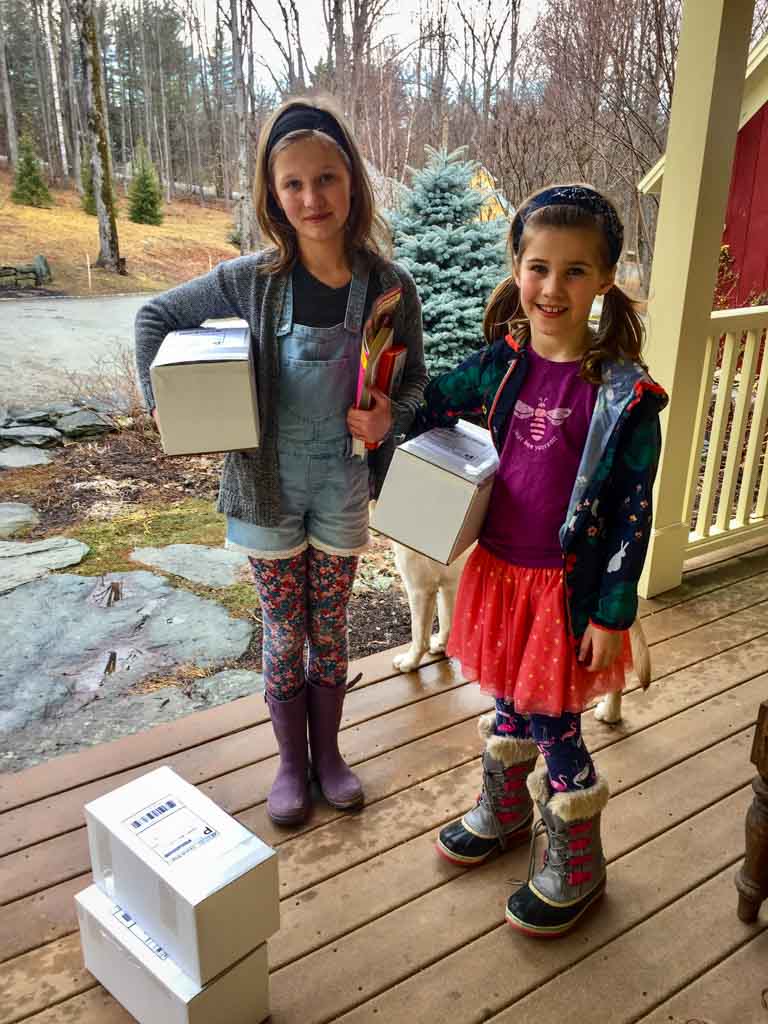 Then there was figuring out the costs of shipping and getting that all set up on our e-commerce site. We ended up deciding on a flat fee just to make it easier for us and the customers. With our box, bubble wrap, bottle and syrup all packaged up it has cost us from $21 to $11 per package. And we are only charging $13. Who knew shipping would be so complicated!

Anyway, that’s our latest issue we’re working though. I’m sure in a couple months it will be another issue. The snowball will be that much bigger! Wile we’re rolling down the hill, we’d love to hear from you or please drop us a comment on Facebook!